I have been a county councillor since 2009, representing the Grantham North division, and during the year 2013/2014 was Chairman of the County Council. Originally a Man of Kent, I have led an interesting life, including serving with the Royal Air Force at the Joint Air Reconnaissance Intelligence Centre, and as a police officer with the Bedfordshire Police Force. I still have links with the police through my role as Vice Chairman of the Lincolnshire Police and Crime Panel.

I am married with two grown up children - and now a Grandfather - but still find plenty of time to enjoy some travelling, photography and delving into military history. 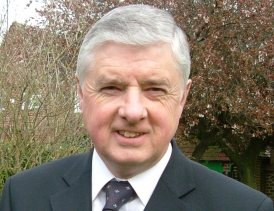